Rapidly Rising Rents Keep Homes Out of Reach in Ohio

Rapidly Rising Rents Keep Homes Out of Reach in Ohio

Full-time workers need to earn at least $17.05 an hour to afford a modest 2-bedroom apartment in Ohio, according to a report jointly released Thursday by the National Low Income Housing Coalition (NLIHC) and the Coalition on Homelessness and Housing in Ohio (COHHIO).

The 2022 Out of Reach report reveals a significant gap between renters’ income and the cost of rent, which has been increasing at a pace unseen in recent decades. Of the 10 occupations with the most employees in Ohio, only two earn comfortably more than the statewide $17.05 an hour 2-bedroom housing wage. 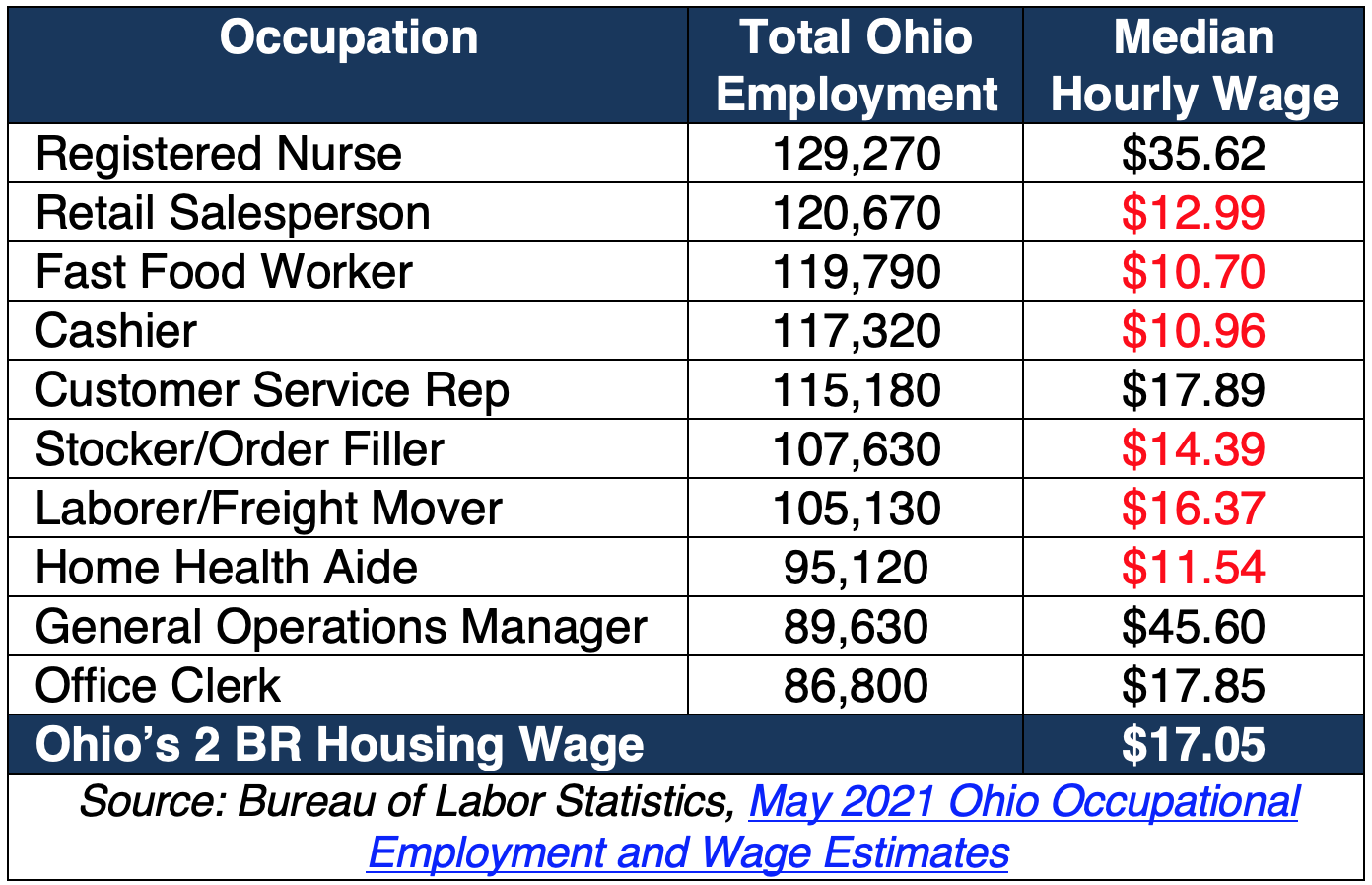 The housing wage is even higher in urban and suburban areas like Union County, Columbus and Cincinnati, but the gap between rents and wages is wider in many more rural areas such as Athens, Brown, Fairfield, Geauga, Hocking, Licking, Meigs, Morrow, and Pickaway counties.

While wages have risen in recent years, rents are increasing at a rate several times faster than pre-pandemic levels. The average cost of renting a 2-bedroom unit in Ohio increased 12.6 percent over the past year and 21.4 percent in two years, according to Apartment List data. The U.S. Census Bureau estimates 109,000 Ohio households saw their rent increase by more than $250/month during the past year.

COHHIO Executive Director Amy Riegel said the affordable housing has been growing scarcer in Ohio for decades, but the situation reached crisis level during the pandemic. 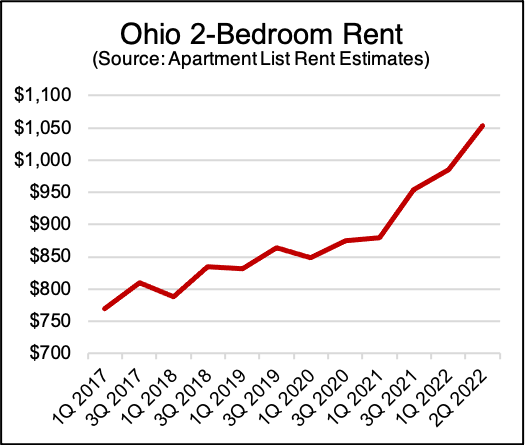 “Rents are spiking, wages are stretched thin, and people can’t find an affordable place to live in Ohio anymore. But our state has an historic opportunity to put home within reach for thousands of vulnerable Ohioans,” said Riegel. “Federal fiscal relief funds can help fill the affordable housing gap for seniors, low-income families, and people with disabilities.”

NLIHC President and CEO Diane Yentel said decades of chronic underfunding for federal housing programs have resulted in a “housing lottery system,” where only 25 percent of eligible households receive the housing assistance they need.

“With rents rising rapidly, homelessness worsening, and millions of families struggling to stay housed, federal investments in expanding proven solutions – like Housing Choice Vouchers, the national Housing Trust Fund, and public housing – are badly needed and long overdue,” said Yentel. “As a country, we have the data, partnerships, expertise, solutions, and means to end homelessness and housing poverty – we lack only the political will to fund solutions at the scale necessary.”

“Our state has the means to start turning this ship around, but time is running out. These funds expire in 2025 and it takes time to build affordable housing,” she said. “Let’s get this done now because no child in Ohio should have to grow up in a homeless shelter or sleeping in a car.”