Affordable Housing Under Attack! (yet again)

Housing advocates warned Wednesday that a last-minute amendment that surfaced during the Statehouse’s lame duck session threatens the economic viability of workforce and senior housing developments.

The amendment to House Bill 45 would overturn the long-established method for assessing the value of affordable housing developments, which could effectively increase property tax liability on many types of senior and workforce housing developments without regard to state and federal restrictions on rents.

“The demand on Ohio’s rental market has increased at unprecedented levels over the past two years, exacerbating what was already a severe shortage of senior and workforce housing in Ohio. This unvetted amendment will raise costs on workforce and senior housing developments and result in even fewer struggling families and seniors having a safe, decent home that they can afford,” said Ohio Housing Council President Matt Rule, Senior Vice President of Housing Development for National Church Residences.

The proposal resembles a previous amendment in the biennial budget (HB 110) that was ultimately removed after coalition of nearly 350 organizations expressed concern about the impact on Ohio’s dwindling workforce and senior housing stock. The proposal also contradicts a recent compromise between the Ohio Housing Council and the County Auditors Association of Ohio to value these properties on a standardized method based on actual income.

“This amendment could force many existing developments into financial distress. Furthermore, it will undoubtedly impede the production of new workforce and senior housing across the state at a time when new housing units are desperately needed, dealing an unnecessary blow to the availability of homes for Ohio’s working families and seniors in urban, suburban and rural areas,” she said. “We urge the legislature to remove this amendment and the Governor’s office to oppose this unnecessary barrier to housing production.”

Good news! The legislature backed off a disastrous budget proposal that jeopardized the continued viability of one-third of Ohio’s affordable housing properties! Thank you to everyone who spoke out on this issue and the nearly 350 organizations that joined our sign-on letter to defend affordable housing.

Instead of increasing taxes on affordable housing developments, the final state budget would create a 16-member study committee charged with making recommendations about the valuation process of federally subsidized rental properties. The panel, which includes legislators and representatives of the housing industry, banks, insurance, auditors, and local governments, will be required to finalize their report within a year. (Download the budget amendment)

COHHIO will monitor the study committee and work to ensure its final recommendations will ensure the continued viability of affordable housing in Ohio.

Senate leaders  slipped an amendment into the state budget that would have a devastating impact on Ohio’s affordable housing stock.

In the midst of Ohio’s growing affordable housing shortage, this legislation would significantly increase the costs of operating many tax credit and subsidized housing properties by taxing them the same as conventional market-rate housing without regard for federal rent restrictions that ensure low-income people can afford to live there.

This proposal first appeared two years ago as Senate Bill 36, but after housing advocates organized sign-on letters, Senate leaders asked interested parties to work out an alternative. A working group including affordable housing providers and local government officials were getting close to a consensus solution before this amendment suddenly appeared in the state budget without any discussion or debate.

In addition to signing this letter, please take a few minutes to call your State Senator’s office and express your opposition to this amendment. Don’t know who your State Senator is? Click here and enter in your address to find out.

List of organizations and companies opposing this amendment (as of June 25): 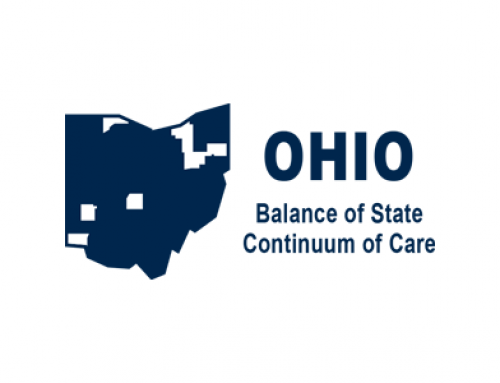